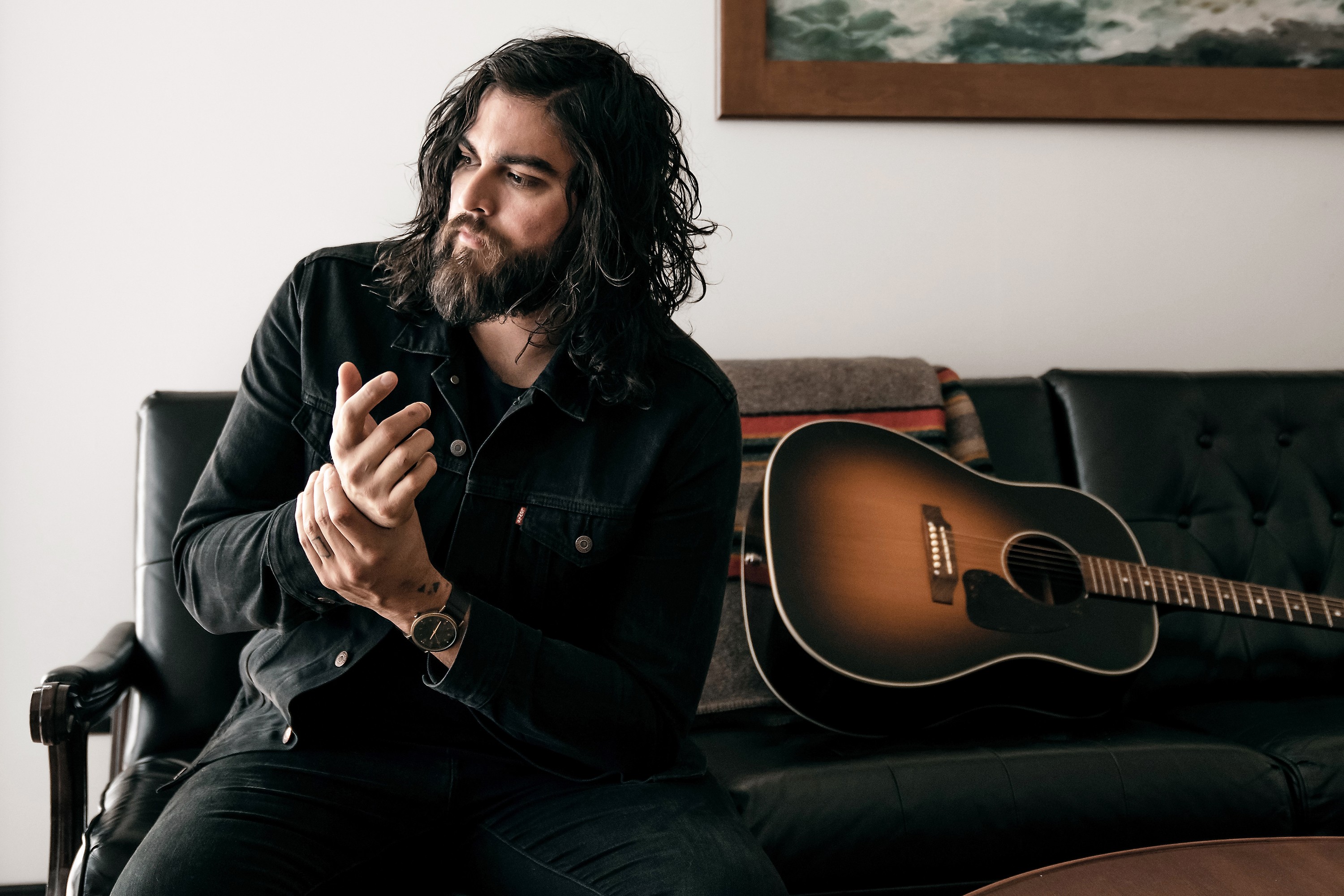 Hi, I'm Dan. I'm a whiskey & beer drinking, fishing & hunting loving, motorcycle riding, quality food eating, hippie sympathizing, people loving, husband & father who lives in Minneapolis and shares a life with my amazing wife Megan and two adorable sons named Oak and Alder. I grew up in the suburbs of Detroit, MI, and moved to Minneapolis when I was 18 to study music. I ended up staying because I'm one of those crazy people that enjoys the snow and cold weather.
Music is my trade & performing it for people is my passion. When I'm not in my studio writing songs and cutting records, or on the road playing shows, I'm usually tending to our backyard chickens, eating fresh veggies from my wife's huge garden, making syrup from our city maples, or doing one of my many outdoor hobbies.
Now here are a few things about my music career that I should probably share in a music bio:
• In September 2014 Budweiser released their "Friends Are Waiting" commercial campaign featuring me singing my song When You Come Home and it premiered during the Super Bowl.
• In February, 2018, I released my newest album 25 Years and is the most prolific and widely distributed album to date, featuring songs that have been placed in major ads as well as widely played Spotify playlists.
• In October, 2018, Miller Lite featured my newest single "So Good" in one of their commercials that played for months during NFL games on ESPN & more.
• In March, 2019, my song "You Feel Like Home" was featured in Explore Minnesota Tourism's newest ad campaign.
• Over the years I've had the honor of sharing the stage with some really cool artists & bands including The Civil Wars, Andy Grammer, Eric Hutchinson, Matt Nathanson, NeedtoBreathe, Augustana, Tyrone Wells, Haley Reinhart, John McLaughlin, Will Hoge, Drew Holcomb, Sister Hazel, and more.

By clicking continue, you agree that you and your guests are vaccinated. No refunds will be given if you are unable or unwilling to show proof of vaccination and a valid drivers license at the door. In addition, all patrons will be required to wear masks when not eating or drinking.