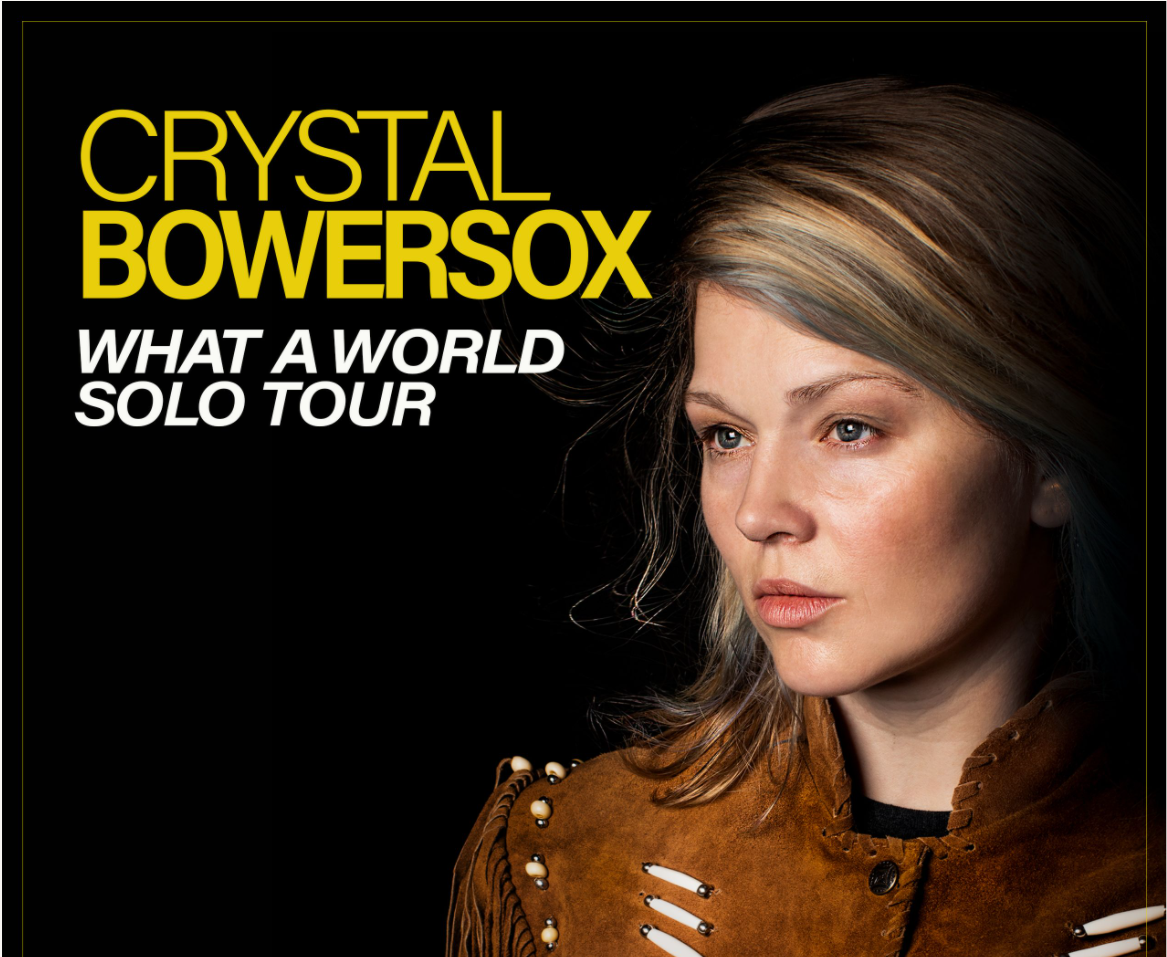 CRYSTAL IS HERE FOR 2 NIGHTS! SATURDAY & SUNDAY! THIS TICKETING PAGE IS FOR SATURDAY. CLICK HERE FOR SUNDAY NIGHT, OCTOBER 10.

www.crystalbowersox.com | Facebook | Instagram | Spotify
Crystal Bowersox, a northwest Ohio native currently calling Nashville, TN home, has built her life around music.  Crystal's love for music developed at an early age from her need to find peace in a chaotic world. Through art and creation, Crystal was able to direct her energy and emotion into finding a way to mend a young mind in turmoil.  For her, music has always been the most effective form of catharsis.

With a heart set on a career in music, Crystal moved to Chicago on the cusp of 18, where she spent her days busking in the streets of the city and on subway platforms. Chicago's rich and diverse culture helped Bowersox to broaden her musical horizons and she shared her talents with a variety of venues and audiences. Ultimately, Bowersox auditioned for the ninth season of American Idol. Crystal's time on the show proved to be well spent, as she immediately left the the soundstage for the recording studio in 2010, releasing her debut album, "Farmer's Daughter" on Jive Records.

Since her introduction to the world, Crystal has released 3 LP's, two EPs, several singles, and is currently developing an autobiographical, theatrical rock concert titled, "Trauma Queen".  Additionally, she has used her voice and talents to benefit several causes close to her heart, and has become an inspiration and advocate for people living with Type 1 Diabetes.

Most recently, Crystal released the first single from her long awaited, upcoming album, HitchHiker, to be released in fall of 2020. The single, Courage to Be Kind, was written in 2017 with accomplished songwriter and personal hero to Crystal, Steve Seskin. In the folk - rock, gospel anthem, Crystal's voice soars as she tackles several controversial topics. "It takes Courage to be kind / To be brave enough to walk your love across a party line.". While the song is a new release for Crystal, it already has within it a history hundreds of years in the making. Little did the writers know that the nation would become as divided as it seems to be today. Seskin and Bowersox were simply making an attempt to process the heartache felt by so many, when bridges are burned, families are destroyed, and international wars are endlessly waged. The pair wondered what it would truly take to heal the kind of generational, deeply rooted wounds mentioned in the verses of the powerful song.

Courage, they concluded. It takes courage to begin the process of healing.

Produced by Nashville songwriter and musician Billy Harvey, HitchHiker is likely to become Crystal's most accomplished studio album to date.  "I'm absolutely in awe of the genuine friendships that have transpired from the songs and by how much I have learned throughout the entire creative process while working so closely with Billy and the crew," says Bowersox. "I've never before worked with someone so personally invested - not only in the music, but in the people contributing to the project. Billy is the heart and soul of the HitchHiker community he built."

That community is one filled with the incredible talents and dedication of players such as: JJ Johnson, John Ginty, Doug Lancio, Audley Freed, Chris Donahue, Randall Currie, Dave Eggar, and a choir of Nashville's finest, forty women deep.

HitchHiker will be well loved by Bowersox fans everywhere, especially after a 3 year hiatus for Bowersox from the recording studio. "I absolutely cannot wait for fans to hear this record. I could die tomorrow a happy woman, just knowing this record is finished and that it is, I truly believe, the best collection of songs I've ever put out into the world. I have Billy and the crew to thank for that," Crystal jokes, slightly grim and with smile.

Similar to her beginnings, Crystal's intentions are to make music that has healing power.

"A few of us lost loved ones during the process of making this album," Crystal explains. "As we each travel down our unique roads, long after the recording sessions end, we have to remember that there isn't a soul among us that will get to their destination on their own. We need each other to make it through life. In this way, I suppose we are all the Hitchhiker.

Crystal rocks the roof of this listening room with a voice as big as Michigan. No one brings our venue ALIVE like Crystal!

By clicking continue, you agree that you and your guests are vaccinated. No refunds will be given if you are unable or unwilling to show proof of vaccination and a valid drivers license at the door. In addition, all patrons will be required to wear masks when not eating or drinking.