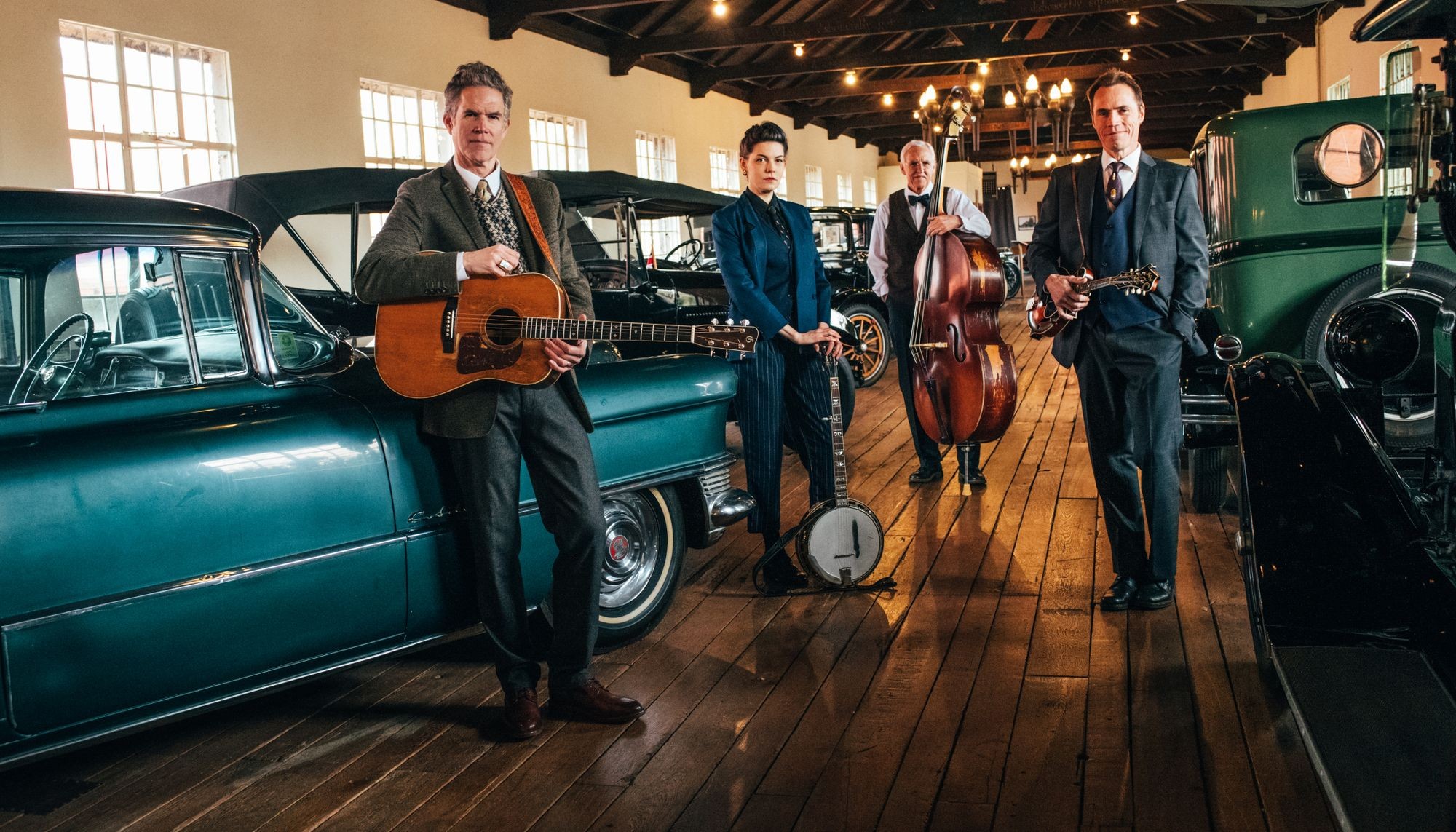 "When I first heard Chris Jones over 25 years ago he became one of my favorite singers, and he continues to have one of the most distinctive and best voices in music, period. It's like fine wine for the ears." —Jim Lauderdale
Chris Jones & the Night Drivers make some of the most distinctively elegant yet driving bluegrass music heard anywhere today. Deeply rooted in tradition but never bound to it, they deliver original music with tight arrangements, emotional authenticity, and engaging humor. As actor and banjo player Steve Martin says, "Chris Jones' voice is there with the great masters," adding that the Night Drivers are "some of the best players in bluegrass." Collectively, Chris Jones & the Night Drivers have won 16 IBMA awards. The band's latest release, The Choosing Road, has proved to be enormously popular. The album's refined dynamics and heartfelt original songs produced four  number one hits, a band record. All five singles released from the album have landed at or near the top of the Bluegrass Today chart, which brings the band's total count of number one songs to 13. "Bend in the Road" spent 20 weeks on the chart.
Chris Jones & the Night Drivers are currently signed to one of bluegrass music's top record labels, Mountain Home Music Company, for whom they've recorded three critically acclaimed albums.
A well-established band formed in the mid-1990s, Chris Jones & the Night Drivers have become popular repeat performers at major festivals like Merlefest in North Carolina, California's Huck Finn Jubilee, and the Walnut Valley Festival in Winfield, Kansas. They have filled a wide variety of venues around the world, touring across the U.S. and Canada, and all over Europe, including Germany, Switzerland, the Czech Republic, and Ireland. Together with the band and as a solo artist, Chris has released 14 albums. Not content to rely on their long track record of success, the band continues to grow and change, with two new members joining in late 2019: celebrated bluegrass veteran Marshall Wilborn and exciting newcomer Grace Van't Hof.