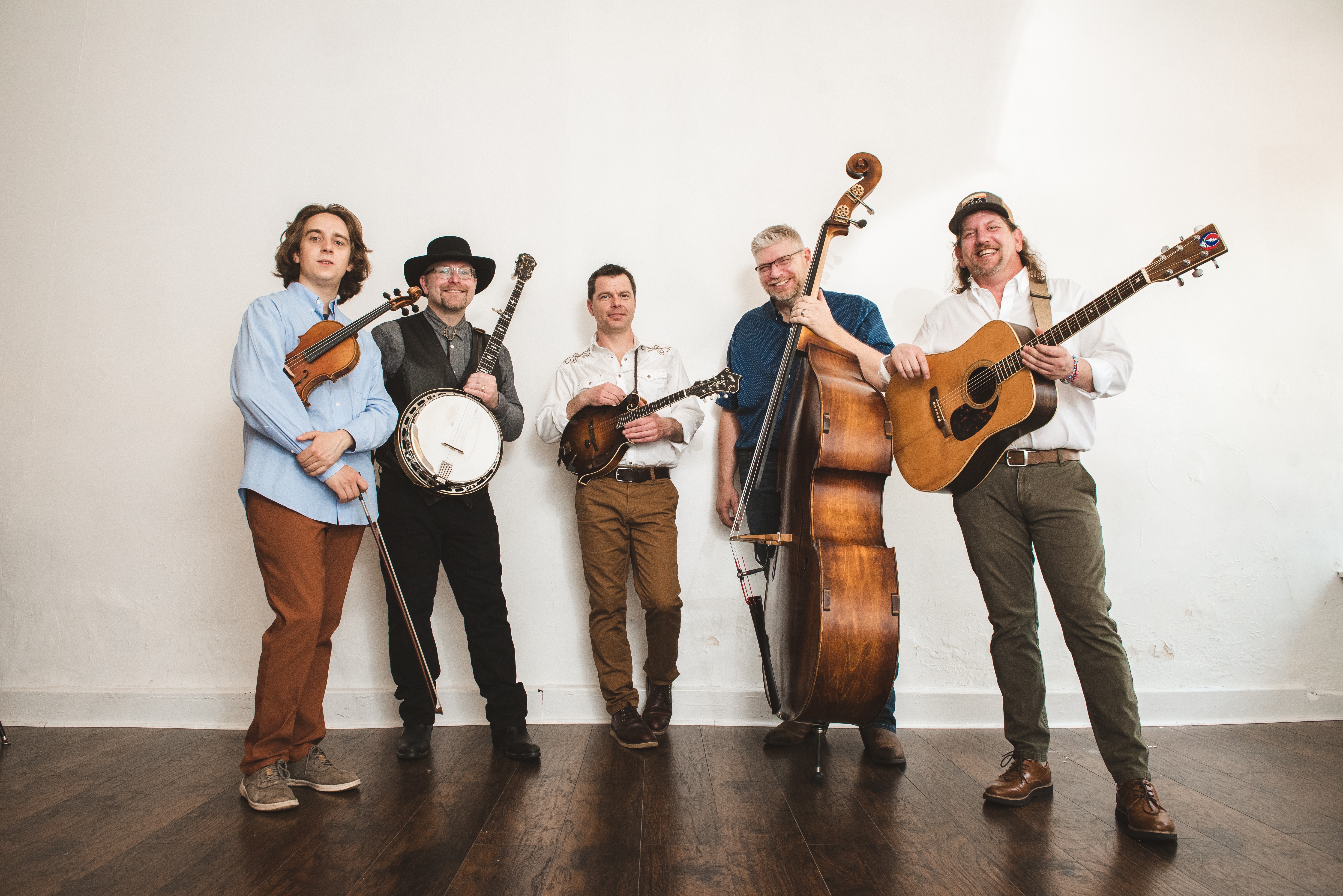 For the past 14 years, Full Cord has been making a name for themselves blending traditional bluegrass music with jazz, western swing, and rock n' roll while keeping the traditional bluegrass feel alive and well. These influences make every performance memorable and unique. FCBG – guitarist Eric Langejans, bassist Todd Kirchner, Mando specialist Brian Oberlin, fiddler Grant Flick and banjo picker extraordinaire Lloyd Douglas – are at the top of their game and gaining momentum fast. Hold on to your hats when these boys hit the stage – they are bringing their version of the bluegrass train full steam ahead.

Billy Strings had this to say:
Sometime in 2011, I moved away from my hometown of Ionia and headed up to Traverse City to see what kind of trouble I could find. I worked at a local hotel for a while before I got the call: I was on the clock, but I picked up anyway. The fella on the line said he was a bluegrass musician, and he expressed interest in playing tunes with me at some point. I was excited to make some new friends and meet some of the local pickers in the area, but I didn't know I was walking into the inferno. At that first get-together, I met Paul Kirchner, who is a great banjo player and a walking encyclopedia of all things bluegrass. I quickly realized his kids are musicians, and his kids' kids will probably play too. I was invited to stay for dinner and to come back and pick any time. I ended up hanging out with the Kirchners and their extended musical family quite a bit. They introduced me to Eric Langejans, and we hit it off pretty quickly, discovering our shared love of Flatpicking-guitar and the smell of flowers. Playing bluegrass music into the wee hours of the morning with them at bluegrass festivals across the region was a common occurrence. Shortly after I met Todd, we did a gig or two together, and Eric was always around singing and playin' the hell out of that guitar. These fellas know some great tunes. It's such a blast to make music with them, and it's exciting to see what they've been up to over the last few years. I've noticed Full Cord ignite with the additions of fiddle maestro Grant Flick, ripping banjo of Lloyd Douglas, and rock-solid vocals, repertoire, and mandolin mastery of Brian Oberlin. The first play-through of this album made me want to grab my axe, drive up North, meet up with these guys, and jam till tomorrow morning like we've done so many times before. I don't need to though, because songs on this record transport me back home.
-Billy Strings