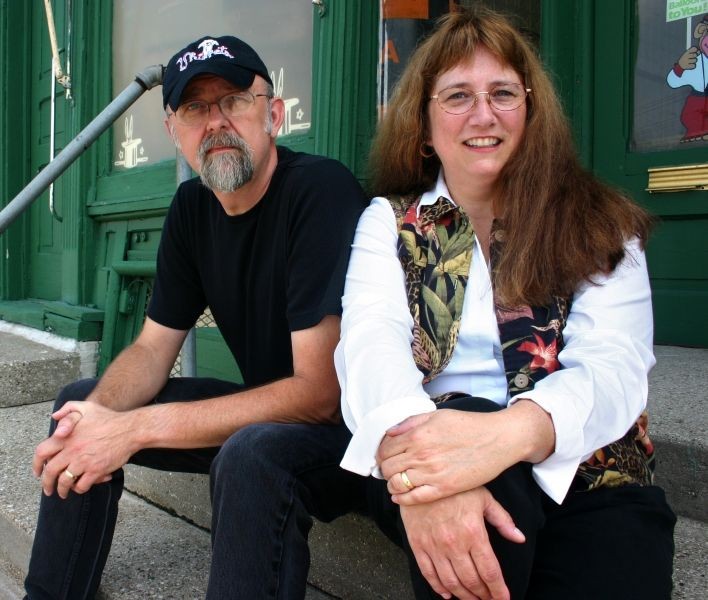 An evening with Ruth & Max Bloomquist

A Passion For Music for Over 40 Years

Ruth and Max Bloomquist have been making music together since they met in 1975 and discovered their shared love not only for each other, but for music and songs made with acoustic instruments and featuring lyrics from the heart. Ruth and Max immersed themselves in folk, bluegrass, country, singer songwriters, and other acoustic music to create a sound and style all their own.

From the beginning, Ruth was inspired to write songs from her own heart and experience. In 1997 Ruth and Max released Ruth's first CD, Jewel Of My Heart, a collection of original songs that were popular with their audiences. Two more "solo" CDs followed to rave reviews. Meanwhile, in 2003, Ruth was a winner of Merlefest's Chris Austin Song Writing Competition with her joyful Gospel song, By The River. Ruth's songs have also been recognized by the South Florida Folk Festival, the Great Lakes Songwriting Contest, the Lake Superior Big Top Chautaqua, and Mike Pinder's Songwars. Ruth has lead songwritng workshops at the Wheatland Music Festival and the WMO Spring Traditional Arts Weekend, has showcased her songs at the IBMA World of Bluegrass, and has assisted Bluegrass Songwriter Committee head Louisa Branscomb in bluegrass songwriter song circles. Ruth's signature song, Michigan Girl, has garnered over 370,000 YouTube views. Their 2010 Release, Turn Back A Page, shot to number 5 on the Folk DJ Airplay Chart upon its release with several tracks remaining in the Top 100 that year.

Ruth was named Outstanding Vocalist of the Month for December 2006 by Singer Universe Magazine. Her resonant alto has been compared to Anne Murray, Linda Ronstadt, and Kathy Mattea. After hearing Ruth and Max perform the Scott Wiseman standard, Remember Me, Garrison Keillor told Ruth, "You have a big voice... I'd like to sing that song with you."  And the next night he did!

Sold Out An evening with Ruth & Max Bloomquist