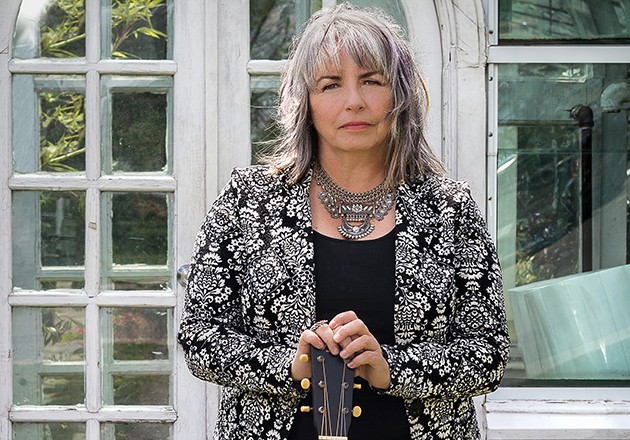 This concert is rescheduled from 2020 & 2021. If you previously purchased a ticket, your ticket is automatically transferred.

www.lynnmilesmusic.ca | Facebook | Twitter | Spotify
There's something to be said for experience, for taking the time to grow into your own skin. All sturdy things need time to root firmly into the ground to find their strength.

Lynn Miles is one of Canada's most accomplished singer/songwriters. With twelve albums to her credit, the winner of multiple Canadian Folk Music awards (2011 English Songwriter of the Year), and a 2003 Juno award for Roots and Traditional Solo Album of the Year, she has certainly found her strength over time.

Through a career that has seen her move from Ottawa to Los Angeles and back again, with stops in Nashville and Austin TX., and a healthy touring schedule that regularly takes her through the US, Europe and across Canada, she has always created and performed music with unbridled feeling and vulnerability.

Lynn song "Three Chords and the Truth" was recently chosen as the closing song on the popular BBC TV series "Case Histories".

Five out of Five Stars in "Country Music People Magazine"
"The wonderful new album has the singer in top form, as she creates 11 incredible soundscapes...has she ever sounded better...with her new album she has aimed for the sky, and scored a direct hit."

Folk Roots/Folk Roots Branches:
"I've a deep appreciation for almost all of Lynn's past work and several of her albums are favourites from my music collection. Downpour, though has quickly become my favourite Lynn Miles album (at least until her next one)- and that says a lot"
- Mike Regenstreif