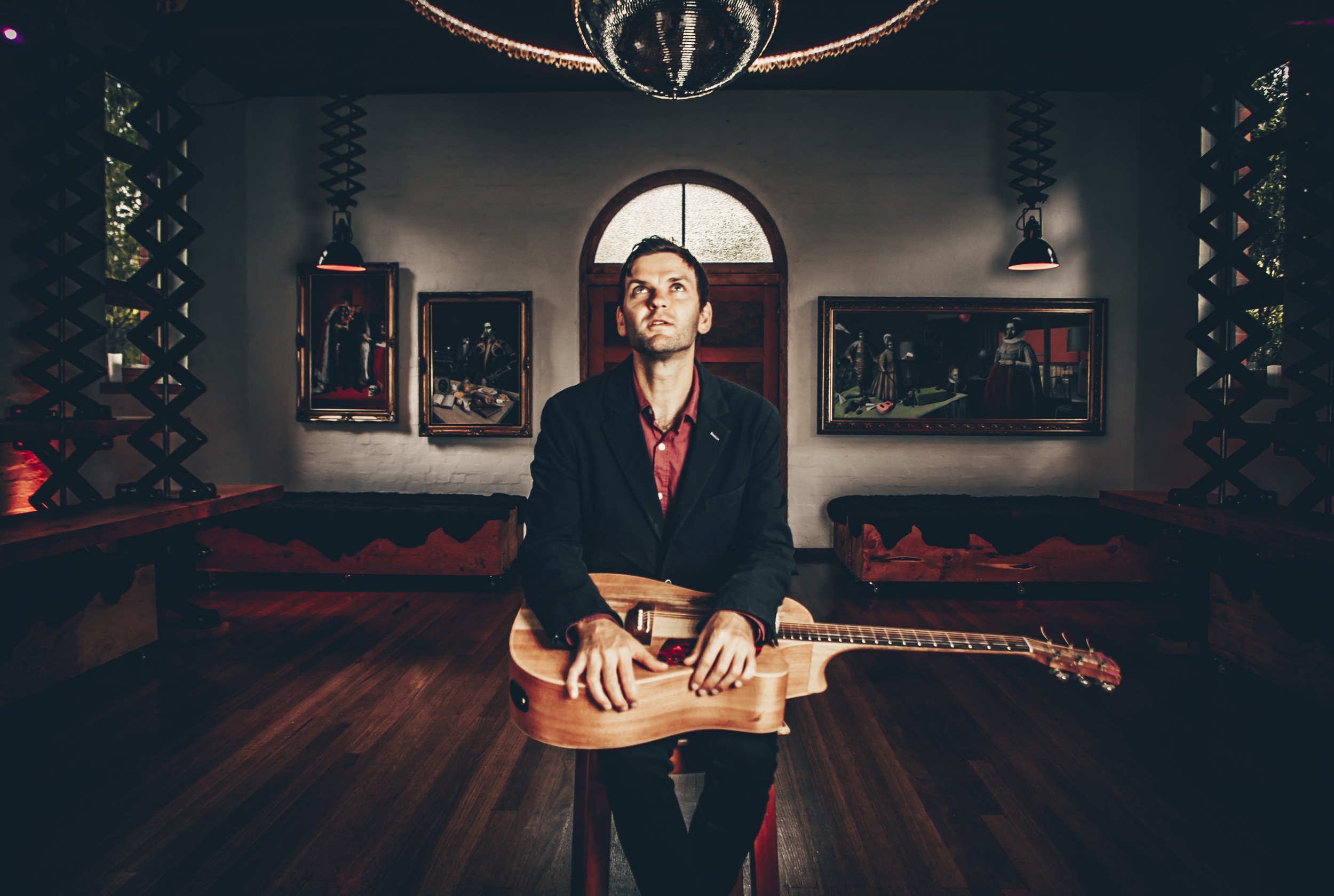 PLEASE NOTE THAT CURRENT COVID RESTRICTIONS INCLUDE PROOF OF VACCINATION OR INDEPENDENT 3RD PARTY 72-HOUR NEGATIVE TEST ALONG WITH VALID ID.  YOU WILL BE ASKED TO CONFIRM YOUR ACCEPTANCE OF THIS REQUIREMENT FOR EVERYONE IN YOUR GROUP DURING THE TICKETING PROCESS. THERE ARE NO EXCEPTIONS. THANK YOU FOR YOUR SUPPORT AND UNDERSTANDING.

The Australian singer, songwriter and one-of-a-kind guitar virtuoso will bring his tour back to America for the first time in over two years! One reviewer recently wrote "Daniel Champagne exudes a natural ease on stage, as he sings poignant lyrics and beautifully crafted melodies that invariably whisk the heart up with grand romanticism. Coupled with an exhilarating gui-tar talent that transcends mere acoustic playing to replicate a whole band, Champagne must be seen to be believed'

The story goes that the young artist first picked up his instrument of choice as a 5-year-old following in the footsteps of a musical father. He began writing songs at 12, training classical-ly throughout his teens and performing wherever he could, honing his craft and developing the dynamic live show that he is renowned for today. At 18 he left school, turned profession-al and hit the road without looking back.

The following decade saw him release 5 studio albums, tour relentlessly around the globe with upwards of 300 shows per year, play some of the biggest festivals under the sun and share stages with the likes of Tommy Emmanuel, INXS, John Butler, Lucinda Williams, Ani DiFranco, Judy Collins and Rodrigo y Gabriela.

In early 2020 as the COVID pandemic ground all touring to a halt, Daniel returned to Aus-tralia writing music and further honing his craft and will return to international audiences with a swag of new songs and a complete new live show. For fans of guitar, songs or just ar-tistic expression at it's finest this show is a must see!

WHAT THE PRESS SAY..
"The word Prodigy seems to entirely fall short of this soft-spoken young man's skills, he co-axes sounds and melodies out of his instrument that literally drop jaws." The Calgary Herald, CANADA

"Today I saw the future of Folk – Festival goers flocking in the thousands towards the main stage to witness a young musical phenomenon from Australia dish out an absolute show-stopper." The Firefly Column, USA

"Daniel Champagne is a crossroads. Fusing the strong traditions of Blues, Folk and other roots art with pop showmanship and admirable lyrical ability. I firmly believe that he will be-come an ambassador for roots music in a time where it desperately needs representation." The Indie Blender, CANADA

"Watching Daniel Champagne perform is a once in a lifetime experience. He is a true prodigy that plays like no one else could possibly play unless they spent at least two lifetimes studying the art." BW Review, NEW ZEALAND